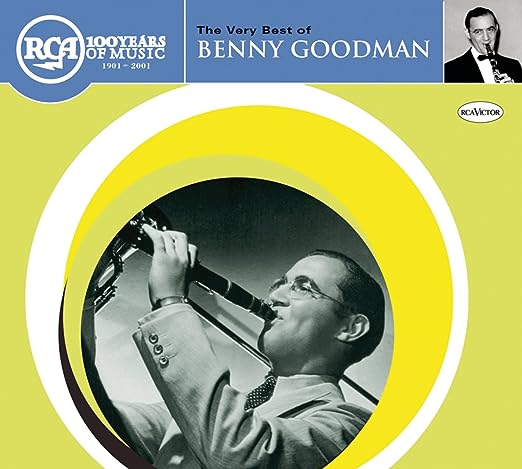 The greatest tracks by the King of Swing-recorded back when swing was king! Includes Bugle Call Rag; St. Louis Blues; One O'Clock Jump; Exactly Like You; Sweet Georgia Brown; I Know That You Know; Stompin' at the Savoy; After You've Gone; In a Sentimental Mood; Moonglow; King Porter Stomp; Avalon , and more! 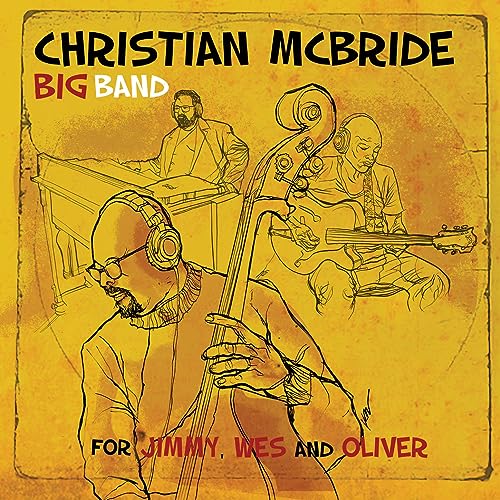 Christian McBride solidifies his role as the champion of the past, present and future of jazz with his GRAMMY® Award-winning Big Band’s new album in tribute to Jimmy Smith, Wes Montgomery and Oliver Nelson. Featuring special guests Joey DeFrancesco and Mark Whitfield, "For Jimmy, Wes and Oliver" honors the historical legacy of the jazz legends who shaped the soul of music for generations to come. 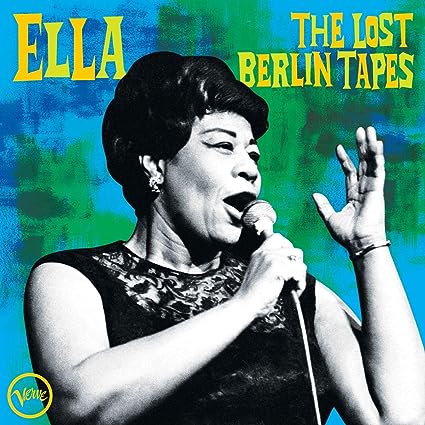 The First Lady of Song Returns to Berlin, Home of Her Legendary Concerts. Recorded in 1962 but NEVER released, hear the most popular jazz singer of all time deliver an iconic performance at Sportpalast Berlin for the first time.

This recording finds Ella and her band at the top of their game recorded in HIGH FIDELITY STEREO. With only two songs repeated from her hit record “Mack The Knife” two years earlier, this undiscovered recording stands on its own. Gregory Porter, the world’s best-selling contemporary Jazz/Soul artist with over 3 million worldwide album sales returns with ALL RISE, his  sixth studio album. The album marks a return to Porter’s beloved original songwriting – heart-on-sleeve lyrics imbued with everyday philosophy and real-life detail, set to a stirring mix of jazz, soul, blues and gospel. Produced by Troy Miller (Laura Mvula, Jamie Cullum, Emili Sande), the set also represents the evolution of Porter’s art to something even more emphatic, emotive, intimate, and universal too. After 2017’s Nat King Cole & Me, Porter knew two things: one, he’d bring in an orchestra for his next LP, and two, the music is medicine. In the spirit of that latter revelation, ALL RISE brims with songs about irrepressible love, plus a little protest, because the road to healing is bumpy. 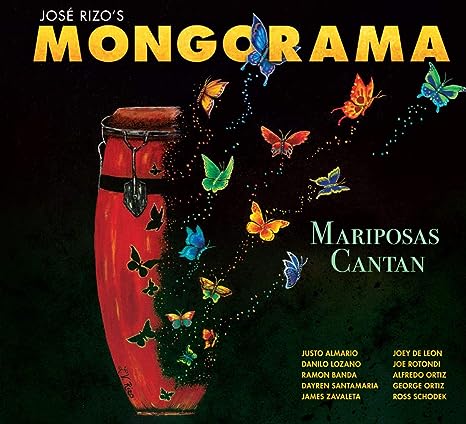 By modernizing and modifying the elements of  the Mongo Santamaria charanga sound we created Mongorama.  In the attempt to preserve that classic Mongo sound of the 1960's and adding our own flavor we created something new....Mariposas Cantan. 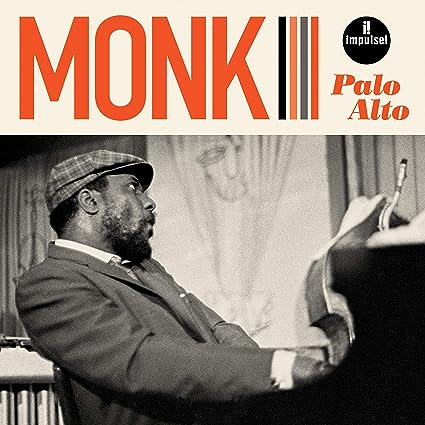 The two history-making musicians – both Blues Hall Of Famers – are blues legends with over 100 years of professional musicianship between them. They are among the most famous bluesmen in the world. Although they’ve known each other since the early 1960s and recorded as guests with John Lee Hooker (and other friends), this is the first time that they ever teamed up to make a full record. According to Musselwhite, "This is us sitting down to play the music that we love and resonating together effortlessly because we’re 'coming from the same place'...on many levels."

The idea for the album was sparked in 2017 when the two icons laid down the original version of the song 100 Years Of Blues for Bishop’s Big Fun Trio album. They realized that, with their soul-deep understanding of the blues, they had a special musical chemistry between them. In 2019, Bishop and Musselwhite played a series of stripped-down shows – along with their mutual friend, master pianist/guitarist Bob Welsh – swapping songs and telling stories. The audiences went wild, and Elvin and Charlie had so much fun they knew they had to capture the magic in the studio. 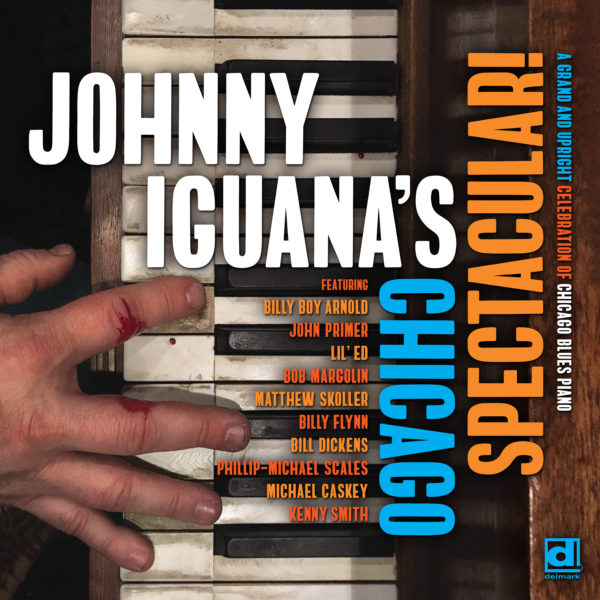 Growing up up in Philadelphia, Johnny Iguana really zeroed in on Junior Wells and Otis Spann after becoming obsessed with Chicago blues at age 15. In his later teens, armed with a fake ID and a sport coat, he played countless all-night blues gigs at Philly bars— largely songs plucked off Junior’s records. A few years later, Johnny met Junior at a NY show and was thrilled when Junior hired him after live auditions in Boston and Rhode Island. Johnny packed his bags and spent three years touring and recording with Junior. Decades later, Johnny still calls Chicago home and has emerged as one of the premier blues piano players in the United States. Since his days with Junior, he has toured or recorded with a who’s who of Chicago blues greats: Otis Rush, Buddy Guy, Billy Boy Arnold, James Cotton, Lil’ Ed, Carey Bell, Eddy Clearwater, John Primer, Lurrie Bell, Billy Branch and more. He has learned from the best, a lifelong immersion and dedication.

This is Johnny’s first blues album as a leader, and it’s not your typical blues album. That’s because, as you’ll hear, Johnny is not your typical blues piano player. At a time when bold originality is less welcomed in blues than it is in other music, Johnny stands out as an artist who has reached the apex of his craft but who has not allowed a strict definition of blues to limit his expression. A feat of this album and of Johnny’s artistry is how his original compositions flow naturally and organically out of the classic Chicago blues piano repertoire. His chordal creativity is as much on display as his blues-language fluency. It all makes sense and fully delights, as vintage blues and boogie morph into something new, intoxicating, witty, wild—yet still anchored in the blues.

This is a blues album from top to bottom. It is traditional. It is contemporary and audacious. It is the story of Johnny Iguana, a one-of-a-kind piano man exalting his Chicago blues heroes while making his own mark. In the bigger picture, it’s compelling evidence that blues today is vital, and still evolving (full notes by Larry Skoller included). 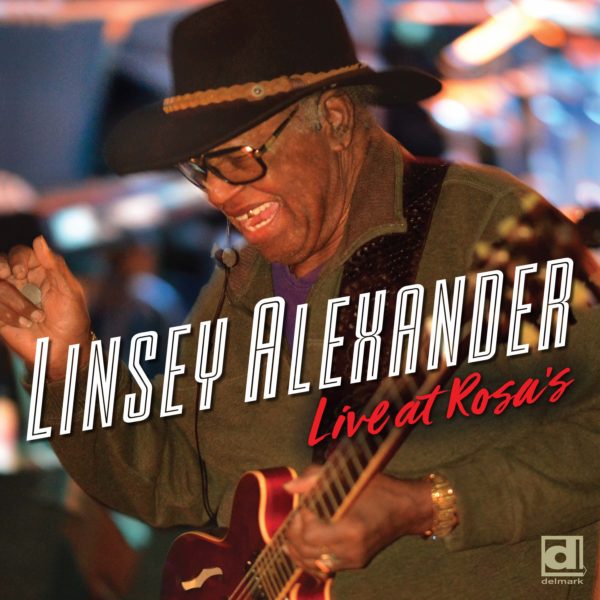 Linsey Alexander is a true bluesman, a great artist, and a mentor to so many. He already has three albums on Delmark. His fourth has been recorded during two live shows at the legendary Chicago blues club, Rosa’s Lounge. The highly praised record “All Your Love, I Miss Loving: Live at the Wise Fool’s Pub Chicago” by Otis Rush was Delmark’s reference for the production of Linsey’s new project. Otis’s live album represents an ultimate example of an authentic blues album and moment. On that path, for Linsey’s new live album “Linsey Alexander Live at Rosa’s” the Delmark team of Julia Miller, Elbio Barilari and Steve Wagner aimed for the alloy of an updated, big modern sound with a classic concept, energy and warmth which conveys what Linsey and his band unchain on the stage. Continuing the Delmark legacy of great live recordings, this album is a milestone for Linsey Alexander’s career. 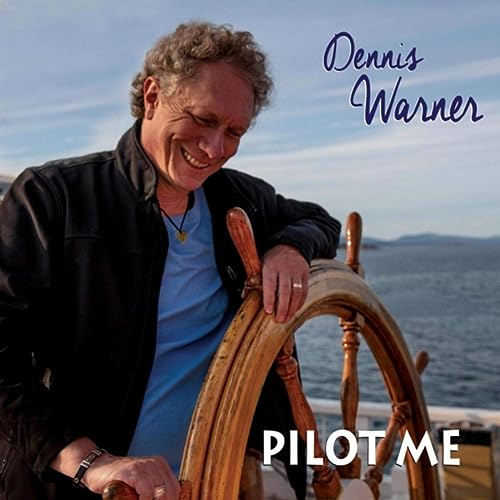 JACK BENNY SPECIAL EDITION features a complete broadcast from (1-7-45) which contains three Benny “firsts: his first visit to his vault, the first time he meets the race track tout, and the first time the announcer at the railroad station calls “Anaheim, Azusa and Cucamonga. Also broadcast excerpts featuring highlights of Jack’s visits to his vault over the years and sequences from his many encounters with the Sportsmen Quartet.

includes: 2 WDCB Coffee Mugs, & a coffee gift box from I Have a Bean! 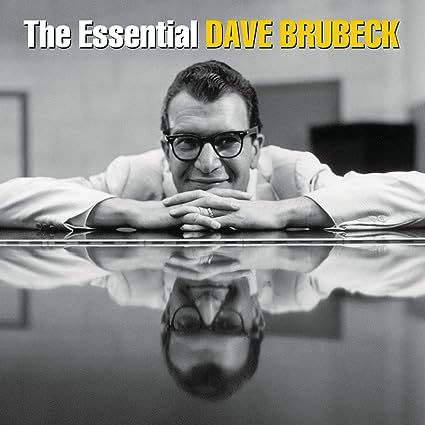 An amazingly comprehensive anthology-thanks to Brubeck, who personally selected the tracks! You get 31 tracks on 2 CDs, spanning 24 albums and 53 years. Take Five; Blue Rondo a la Turk; The Duke; In Your Own Sweet Way; Audrey; Stardust; Unsquare Dance , and more Brubeck brilliance! “Solo piano is lonely,” says Chick Corea, though the legendary pianist is in good company throughout the solo performances captured on this captivating new double album. On Plays, set for release on September 11, 2020 via Concord Jazz, Corea engages with several of his favorite composers, representing a wide swath of musical history – as well as with enthusiastic audiences in concert halls across Europe and the U.S., who become integral collaborators in these spirited renditions.

While Corea’s solo explorations are as exploratory and inventive as ever, the tone on Plays is decidedly communal. That comes from the jazz great’s warm and witty dialogues with his audience, but also from the way he makes connections with the iconic composers whose work he celebrates. He also places these composers in conversation with one another, pairing favorite pieces in such a way that surprising commonalities are revealed that bridge styles, genres and eras from Mozart to the moment at hand.

... plus any Benefits of WDCB listed below
DONATE NOW

A dozen CDs will be hand-picked by WDCB and delivered to you – one each month over the next 12 months!

You will also receive all benefits of the WDCB "Insiders Club" - invites to select WDCB concerts, three on-air "Insider" announcements, as well as the offer of a station visit with "Insider" tour!

... plus any Benefits of WDCB listed below
DONATE NOW